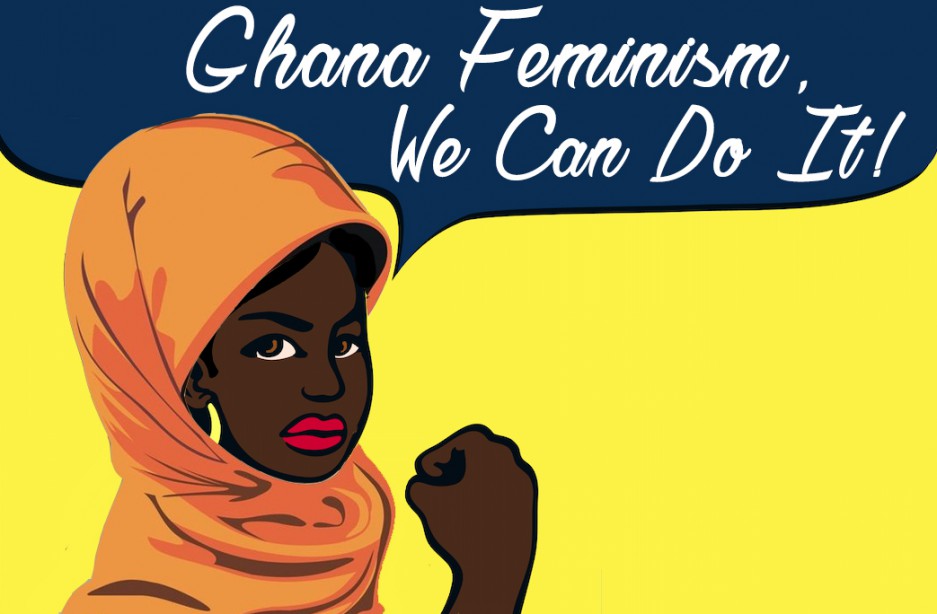 “Why are smart men still sexist?” The question itself is a bad one. Why do we presume smarter people possess better ethics? Well, it is because we are ableist. Ableism is the systematic maltreatment and disenfranchisement of people with disabilities. One’s moral code has much to do with their socialization and their integrity, and little to do with their intellectual capacity. You and I could be brilliant and evil, or we could be not-so-brilliant and kind hearted. Nonetheless, societal attitudes teach us to possess contempt for intellectually disabled persons. So much so that we presume those with high intellectual capacities to be superior.

If a man reinforces the societal idea that women are inferior to men in anyway, we should refrain from attacking his intellect and aptly scrutinize his moral code. Men are sexist, not because they are intellectually unable to understand why gender should not be a basis of social hierarchies but rather for psychological, sociological, and individual selfish reasons. This post discusses 5 of the many reasons that many smart, educated, men continue to reinforce men’s assigned superior social position at the expense of women.

1. A Lack Of Integrity – Spurred By Moral Cowardice

The Reality of sexism

Presumably those we understand to be “smart” are also perceptive enough to see women’s systematic subjugation. Women’s systematic subjugation is obvious. Women are viewed as inherently less skilled leaders, we make less money because we are more likely to be unemployed and under-employed. In Ghana we are raped as much as women/girls in recent war-torn countries countries, we are sexually harassed at work, and we have less political representation than women in Afghanistan. Also, girls are less likely than boys to attend school, and when they do attend, girls are more likely to face sexual harassment, rape/molestation by peers and teachers in school. Honestly, the list goes on and on. We are targeted for abuse for our sexual choices.

The entire society is structured such that women possess less power, in terms of economic sustainability, social status, and political representation.

Denial of Sexism By Men

Nonetheless, a major impediment to eradicating systematic sexism is the refusal to acknowledge the existence of women’s subjugation, and the severity of sexism on the physical, psychological, emotional, and sexual well-being of women and girls in Ghana. Women’s inferior social position, while obvious, is denied by many men (and women with sexist value systems). Conversations that discuss how women are subjected to worse treatment socially, politically, and economically are often derailed by men.

Acknowledging women’s marginalization would mean men would have to admit to themselves that they are the kinds of humans who: (a) ignore the oppression,(b) participate in the oppression, (c)benefit from the oppression, and (d) do nothing to eradicate the oppression of their fellow human beings, simply because they are women. For many men who view themselves as “good”, this poses a threat to their sense of self.

Denying The Existence Of Sexism To Avoid Self-Implication

A large motivation for the continued denial of sexism in Ghana is men’s unwillingness to implicate themselves individually and as a social class. Discussions of sexism directly implicate men for possessing sexist ideas. Discussions of sexism implicate men for remaining silent when their male peers discuss the ways that they harass,  abuse,  look down their nose at women, and even rape women. Discussions of sexism directly implicate men for the ways in which they benefit from sexism. For every woman denied university admissions because of education inequity, a man benefits. For every women that is denied access to political infrastructure because of the “old boys” network of politics, a man is granted an opportunity. For every woman that is fired because of sexual harassment, a decision to take maternal leave, workplace discrimination etc., men are granted work opportunities. The uncomfortable truth is that men benefit, and often take very little action against women’s marginalization. While many men are uncomfortable with being described as morally unjust oppressors, few men take any action to dismantle a sexist society that places them in a superior social position to women.

Individuals that are part of social classes that oppress (heterosexuals, men, wealthy, able-bodied etc.) have several options. One option is to deny that oppression is occurring so one can maintain a clean conscience. Another option is to admit yet ignore the burden of eradicating oppression. The third is to admit the existence of oppression and to strive to eradicate it. Out of all these options only the third option allows one to be a morally just oppressor. As many men do not fall in the third category, they rely on the denial of women’s systematic subordination to appease their conscience and avoid guilt.

To avoid the position of morally unjust oppressor men often derail conversations about sexism with:

Acknowledging women’s marginalization would mean men would have to admit to themselves that (a)there is a problem ,(b) they participate in the problem, (c)they benefit from the problem, and (d) that for the most part they themselves are doing nothing to eradicate that problem. Men would have to admit that they are not as morally upright as they previously believed themselves to be, for the ways in which they refuse to take action against sexism.

The effects of patriarchy on the pscyhe on men causes an inability to see women as full humans. As the holders of power, the continuation of patriarchy requires men to see women as sub-human. It requires men to be able to freely and nonchalantly enact violence against women. It requires men to be comfortable calling women “bitches” and “hoes” maliciously, blaming women for men’s decision to rape women, or failing to consider what women endure psychologically when forced to prioritize men instead of women’s own dreams and careers.

In order for men to subjugate women, men must see women as less, and seeing women as less means failing to empathize with women as people.

Even worse, seeing women as less means the only way that men can empathize with women is if women are related to men themselves: as lovers, girlfriends, sisters, wives, and mothers.

Essentially, men can only empathize with women when women are presented as some extension of men’s own identities.

For women to elicit compassion from men, women must be family members, friends, children, or intimate partners. Essentially, the result of dehumanization is: for men to empathize with women, women must represent some extension of men’s own personhood, through familial, platonic, or romantic relationships.

The inability to empathize with women as people informs men’s sexist attitudes. The kind that nonchalantly accept worse treatment for women simply because they’re women.

How then will men be moved to act in the best interest of women, if men cannot see before them a full person when the person is packaged in the identity of womanhood?

3. A Lack of Experience With Gender Based Dehumanization 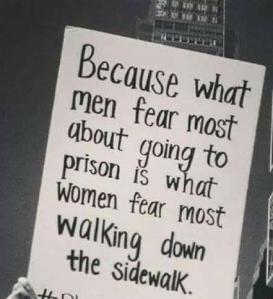 Since men are the beneficiaries of sexism, men do not experience the harsh, destructive ramifications of sexism. Men thus seek to understand sexism 1. intellectually, or 2. by witnessing the experiences of women. The lack of personal experience, with subjugation on the basis of gender, is why Black men who oppose white supremacy embrace patriarchy. The everyday experiences of women are filled with a reminder of women’s inferior social position. So normalized is sexism, that to the untrained eye it seems like regular human behavior. For example, it is a normalized part of girls/women’s life to constantly observe and consider the reality of rape and sexual assault. Girls and women are targeted by family members, by teachers, by strangers, by boyfriends, and even by husbands. A reality that most men mildy understand during bouts of anxiety when contemplating the reality of incarceration.

When a man states “I don’t mind being called a hoe”, what he really means is “because the word ‘hoe’ cannot substantively apply to me, I don’t know what it feels like for someone to disrespect me, strip me of worth, or attack my humanity for my sexual choices.”

The jokes that many men make are telling. “I don’t mind being sexually harassed.” “I wouldn’t mind some objectification.” “Call me a hoe, I don’t care.” It is clear that men lack the real life experiences to understand underlying subtext in the above quotes. To be a man is to have a lower chance of having your career stalled after years of education and work experiences because of the sexual desires of powerful men in one’s work place. Being sexually harassed means having a more powerful man make advancements and claims to one’s body in exchange for the opportunity to make an income. Many men don’t see that. They see an opportunity for women to fuck their way to the top. Never stopping to think:

“if sex was a guaranteed mechanism for career advancement, wouldn’t there be more women represented at the top in numerous fields?”

The lack of experience with the gender based degradation of women, makes the harm of sexism that much more difficult for men to grasp.

4. Myth of A Meritocracy Informs A Superior Male Complex

Those who do not believe that systematic gender inequality accounts for societal disparities among men and women, explain these disparities with the myth of men’s superiority.

Men who are not well versed in the ways in which systems of inequality stunt women’s opportunities and development, interpret sexist societal outcomes as evidence of men’s superiority.

Widely disseminated social ideas often hide inequality by suggesting that hard work and brilliance is the key to accessing necessary resources. People granted with more opportunities on the basis of their gender, race, familial wealth, networks etc. often insist that it is their rugged individualism that accounts for the systematic disparities in social, political, and economic power.

However,the evidence shows that men benefit materially from sexism, and that outside of disparate opportunities in education, jobs, political representation, even the mere existence of stereotypes cause immense psychological harms that widen achievement gaps. It’s hard for girls and women out here in this world, but where unfair treatment exists many men see inferiority.

5. Unwillingness To Give Up Advantageous Superior Social Position

Many men like sexism. They’re comfortable in a sexist society that gives them the power to dominate and subjugate women. They’re comfortable with living in a society that says that they are better and smarter than women. They thrive as social norms excuse their infidelity (fauxnogamy) ,and even provide excuses for male rapists when the blame is shifted onto the victim. Men are comforted and promised a nanny, maid, cook, and ego-massager in a partner. They are promised wives who will clean after them, feed them, raise their children, and prioritize their husbands over their own well-being. In a sexist society, to be a man is to thrive at the expense of women.

Would you willingly give up the opportunity to dominate a group of people. To be understood as superior in most ways? To have a servant in your partner; one who cooks, cleans, births your children and feeds your ego on command? To be assigned leadership positions simply because of your gender? To cheat? If you were a man would you possess the integrity to reject all the benefits of patriarchy?

For many men, gender equity means that they would be on par with those that they gain confidence from imagining themselves as superior to. For many men gender equity is undesireable because it would necessitate a loss of social power to dominate and subjugate, and thus sexist attitudes among men continue to prevail.

Why are smart men sexist? Because they lack the integrity, experience, compassion, and understanding of systems of inequality  to be feminist.